How one little problem can cause a giant one

So there I was on the bus heading to work and my bus happened to be in the Downtown Seattle Transit Tunnel.

When it breaks down.

At first it was just moving slowly - like 5 mph slowly - and then it just grinds to a halt between stops. Of course you know what comes next, right? Everything behind my bus has nowhere to go so it's a massive chain reaction.

I was at the front of the bus so could hear the supervisors and mechanics on the radio talking to the driver. At first they were making suggestions for how to troubleshoot this problem but when the bus didn't move they quickly switched to telling all the other northbound buses to stop before they entered the tunnel and they told all the northbound Link Light Rail trains to stop and let everyone off before they entered the tunnel. Every. Single. One.

Because there was another bus behind mine Metro couldn't drive a wrecker in the tunnel from behind so they had to enter at the north end and back it down to our bus. It was cool! The problem with our bus was electrical and so in addition to the engine and transmission not working properly the interior lights were off. Then way up ahead you could see the flashing lights of the wrecker. 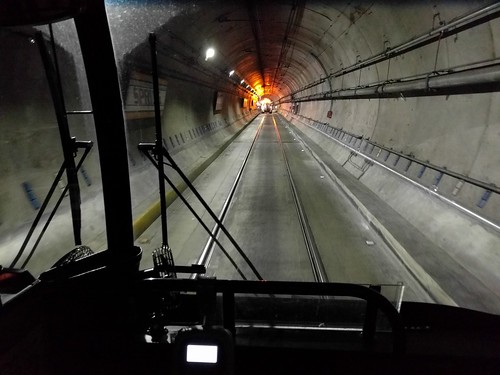 And then it got closer. 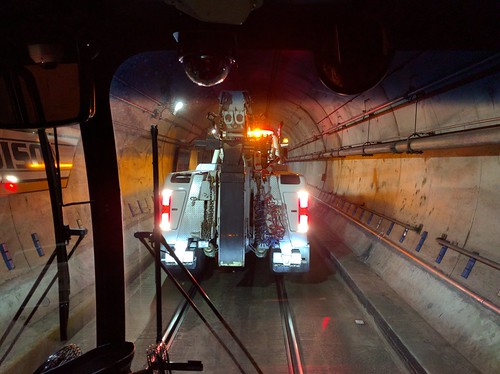 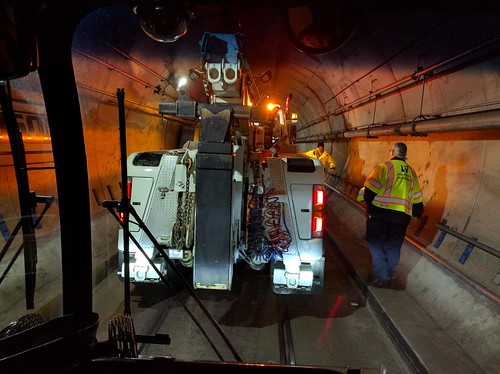 Before hooking up the bus to tow a mechanic jumped in and tried something else which worked. And by "worked" I mean the bus was able to limp to the next stop at 5 mph again. So we crawled to the next bus stop in the tunnel where the wrecker pulled aside to let us get in front. 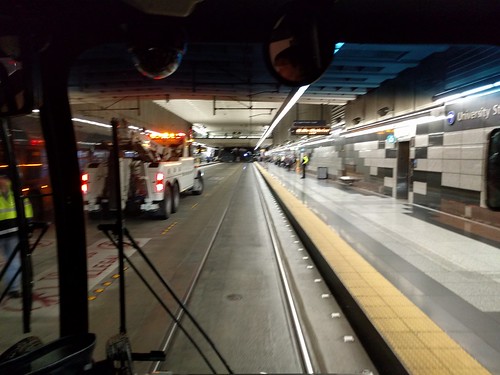 Here the wrecker could finally get behind the bus (check out that bumper!) and after all the passengers disembarked it pushed the bus out of the tunnel. And it pushed it fast! Never have I seen any vehicle get pushed this quickly... But I guess time was of the essence.

Our bus driver was so apologetic. Can you imagine how she must have felt? Even though it wasn't her fault, her bus was backing a ton of shit up. Way up. Thank goodness all the passengers were incredibly understanding. I mean what can you do? Two other people were up front taking pictures next to me. :) And kudos to Metro for getting this fixed stat! I think all told from my bus slowing down to me getting on the next bus was perhaps 30-40 minutes.

It was the most interesting commute I have had in a while.