Extra, extra, read all about it!
For anyone that knows me, most of 2015 (starting in March) and the first part of 2016 (until just recently) were not so conducive to running. I was dancing around a hip injury, running as much as I could but also having several surgeries (not related to the injury that was preventing me from running interestingly), each of which meant some down time and then a recovery.
As is normal (that's what I tell myself anyway), I got a bit bummed and moody and wrote about my very selfish woes.
I also tried to summarize everything some time later when I was feeling a bit more optimistic.
Well things are still looking up. 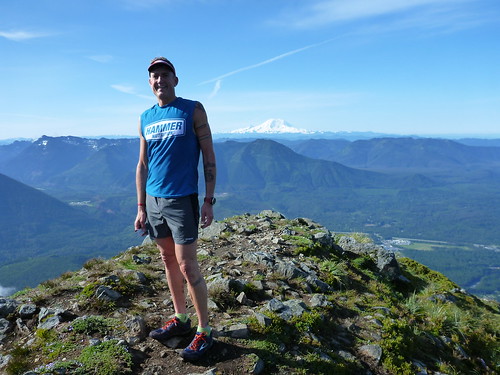 To recap, after all my trials and tribulations I eventually took six weeks totally off from running. Then, with no hip pain I saw a hip specialist to see how to proceed. Incredibly he told me to go run.
Ever since my hip doctor told me to re-introduce running I was skeptical. It had hurt so much for a solid 14 months and just because it had stopped hurting after six weeks of no running didn't mean I had any confidence that I was "healed".
If you recall, my Physical Therapist had me re-introduce running SLOWLY...  to the tune of one mile/day the first week, two miles/day the second week, you get the idea.
Well I started running on the treadmill 7 April. And I started running outdoors 4 May. And I did my first trail run 30 May. So far so good. I have felt a twinge in my hip on occasion but nothing has lasted and I feel fine that same evening and the day after, there has been no actual pain since I started running again. I have also been cycling lots and two weeks ago I was finally able to resume my core workouts which I had to postpone because of abdominal surgery.
Last Sunday I had my first trail run where I felt "good" and was able to carry on a conversation throughout. Plus, double digit distance! It has not just been about recovering from injury after all, I have had to regain fitness too! :)
Have I mentioned that I love running on trails? Oh man, does it feel good to get back out in the woods.
Thanks to all of my supporters for sticking by me. Here's to more getting outside.

This happens every year, where my mind tries to convince my body that it still races. And the answer is it doesn't. And I suffer. This year it was at the Cascade Bicycle Club's Flying Wheels Summer Century.

But I got a boatload of sun, didn't completely blow and in the end it was a huge case of type 2 fun. Meaning it was tough but I'm glad I did it.

I rode with my friend John Phillips who is at least as game as I am when it comes to chasing fast wheels. I should have known. 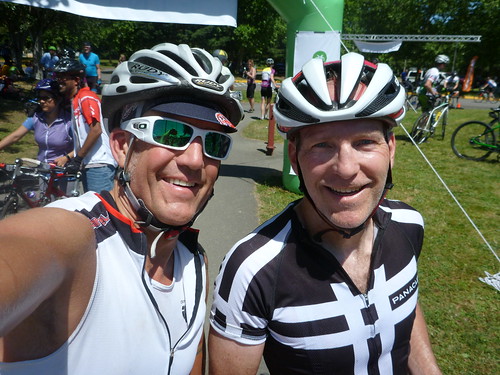 We rolled out at about 7:30 and after a few miles along Lake Sammamish the course heads up a pretty stout hill. Every year there are people taking breaks on this hill (which is just five miles into a 104 mile ride) and walking their bikes. Ouch.

At the top of this hill we encountered some triathletes, it was three guys all on the VO2 Multisport team. As is typical of triathletes, these guys were hammers! Later on we would encounter many more triathletes and they were all fast.

Here are some highlights.

Took the long way home today, the weather has been outstanding! I had hoped to take the extra long way home but ran out of steam. Oh well.

I finally felt up for commuting on my bike. I'm a bit tired but it was not too bad.

Hit the gym for my second core workout, it's good to be back at this. I can tell my back needs it.

Today was a true recovery run.

My legs were still wicked sore from Monday just walking around but surprisingly not so bad while running? I'll take it.

I started slow and kept it that way. It actually felt good to run. Just like yesterday, I opted not to ride to work. Too trashed.