Our house; finally it begins!

On 9 July Shelley and I closed on an empty lot in the Mt Baker neighborhood. It has always been a dream of mine to build a house from scratch and now – like it or not – we're going to get that opportunity. Thank you Shelley for being on board with this.

Without a doubt I feel like we're going 'all in' to borrow a poker analogy but it's so exciting! I suppose when you get ready to spend your life's savings it should be pretty exciting. So far here is what we have had to do.

Find some land
Not as easy as you might think! Seattle (we wanted to continue to live in the city or at least close to it) is pretty dense and most of the land is taken and has had something built on it. You know that house that sold next door and got replaced by two townhomes? Exactly.

Huge thanks go out to our realtor Ken Latz who worked with us for over a year (was it two?) and got a co-worker to cover for him while he was out of town on vacation so we could close as soon as possible.

We looked at house after house thinking that perhaps a remodel would suffice and lots of lots (had to try that, sorry...) but no location seemed ideal and if there is one thing that is important when you are going to build instead of just buy it's location. Needless to say we finally found one.

Borrow the money
Rates are crazy low but banks are totally gun shy thus you have to jump through a bazillion hoops to get a loan. Everything from tax returns to existing bank account statements to (in my case) child support documents had to be provided. The banks want to lend you the money, they just need to do some major CYA before they give it up.

Feasibility study
So you got your lot but is it safe to build on? That is what we had to find out. There is no buzzkill like buying some land and then finding out you can't put a stable foundation on it. :( To assist us with this we hired Dean Homes who got a geotech on site, looked for any historical issues and did some major hand holding with the existing owner to ensure they were happy throughout the process and that everything was left in its original condition in case we decided not to buy.

Hire an architect
Luckily the feasibility study said the lot was sound so now it was time to hire an architect to come up with a design. And let me tell you, Seattle is RIFE with architects, holy cow. We asked an architect friend for some recommendations and a general contractor friend for the same and ended up with eight.

Interviewing eight people/firms is tough. Shelley and I both have full-time jobs and other things that impact our lives so trying to squeeze in 90 minutes for each candidate was difficult; especially since everyone would prefer to do this during business hours... Add in getting there and getting back and all of a sudden a 60 or 90 minute interview turns into a three hour lunch. In the end we did not interview everyone that was recommended to us. We stopped when we found a good match and that was Chadbourne + Doss Architects.

This is a husband and wife team; both are architects and one is also an interior decorator. Both seem very progressive and it was the dynamic of the team that eventually sold us. That and their references.

ASIDE – checking references for everyone you interview takes even more time... I know, let's all throw a big pity party for Martin.

Let them know what we want
Sure, you expect to have to tell your architect what you want but I did not expect this. They gave us some HOMEwork (get it?) that we had to fill out. Pretty cool really.

One of the references claimed they pretty much wrote a book when they filled this out and the first design presented to them was it; no major changes necessary. I have no illusions about doing the same but hey, these architects must be good, eh? Here's hoping.

Have a party
If you start something huge you need to celebrate and we did just that with a few beers on the lot. Then we took some 'before' pictures.

Here is the lot seen from the street. The street is on the east side. 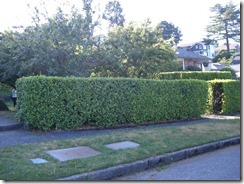 This is looking west from just inside the hedge. 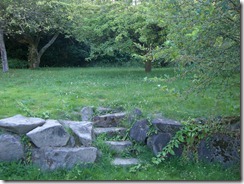 Here is the happy couple along with my father. 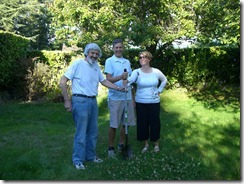 And here is a walking tour of the lot. 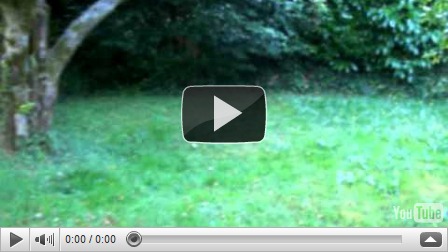 The house that Jack built. Only it's not built yet and Jack's name is Shelley and Martin.
Technorati Tags: Ken Latz,Dean HOmes,Chadbourne + Doss Architects
at 9:30 AM

Email ThisBlogThis!Share to TwitterShare to FacebookShare to Pinterest
Labels: house