Alpine lakes, spectacular views, good friends and great weather; what more could you ask from a weekend? The Icicle Ridge just outside of Leavenworth, WA delivers. Here I am standing by Lake Edna with a zero horizon shot in the background. 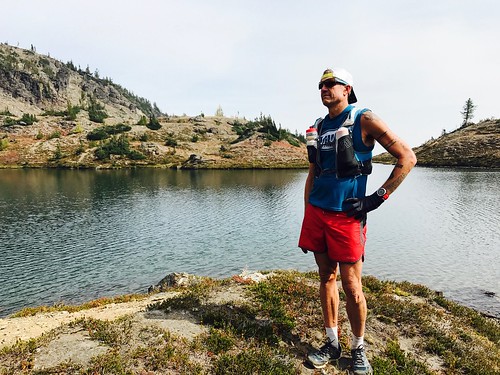 Lucca, Thomas Frizelle, Brett Rawson and I have been looking for an opportunity to get out and today our calendars cooperated.

We started at the end of Icicle Rd where the Icicle Creek Trail begins. For the first few miles it's a mixed use trail that rolls along and there was ample sign of horse traffic. One common sight in the Pacific Northwest is the nurse log. 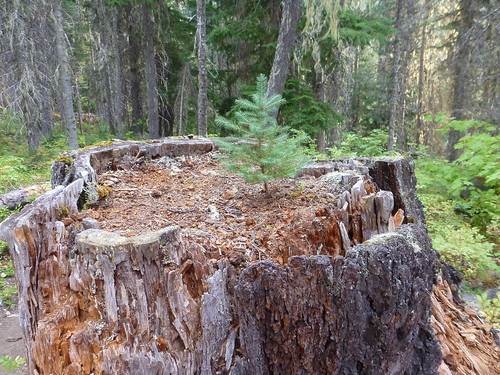 We ran over bridges, through trees and crossed streams. 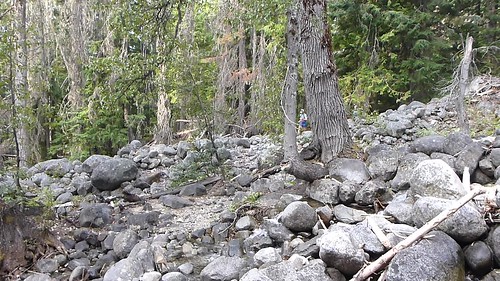 After a couple of miles the trail starts to climb and eventually you get out of the trees and start crossing alpine meadows. 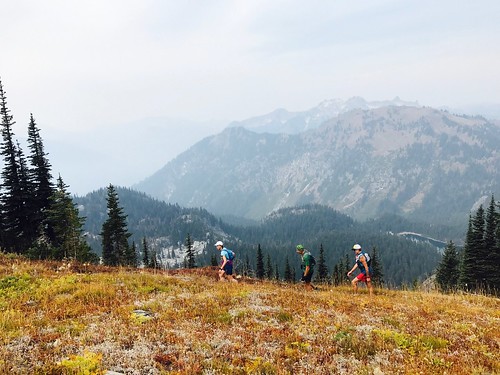 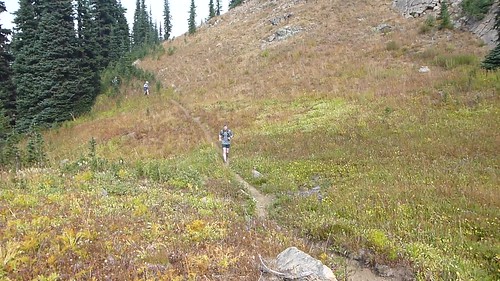 I saw something that I thought was a Pika but when I got closer and realized how big it was (at least one foot long plus the tail) I realized I must be mistaken. 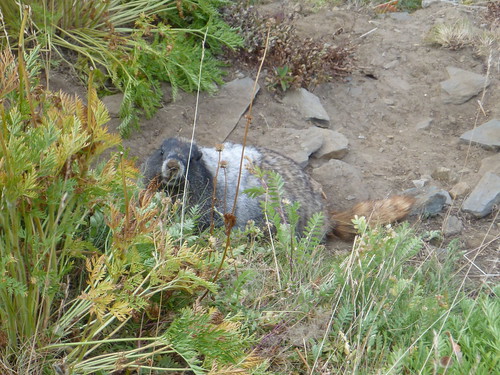 Up on the ridge it gets pretty barren but on a nice day, barren is beautiful. 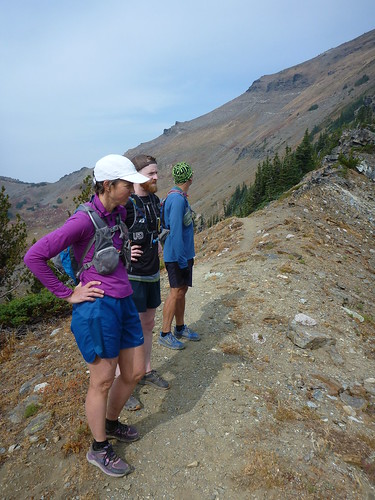 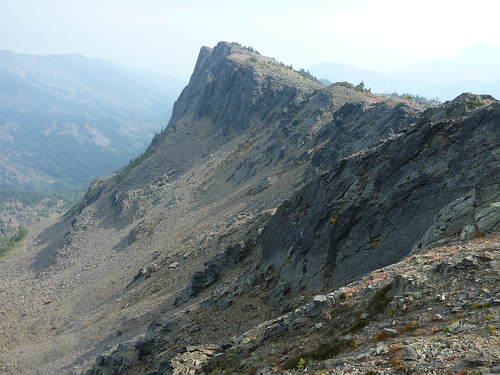 As I was sitting quietly taking pictures a mountain goat walked into view. This is the first time I have seen one this close, it wasn't more than 30' away and seemed very casual. These animals are not small! 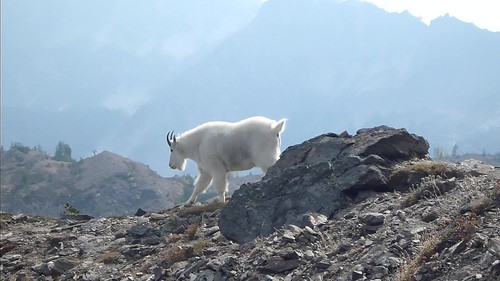 The last descent from the ridge to the Chatter Creek trailhead is pretty steep and rocky at the top and it isn't until the last 1.5 miles or so that you can really let loose and run fast. I was so looking forward to this section but somewhere up on the ridge, I banged my shin against a rock. It looked like nothing but it really hurt and put a major governor on my running speed. Shoot.

Today it was 38 degrees at the start! I have not experienced that temperature in perhaps six months. Seattle is so temperate compared to anything east of the Cascades. But it was a "warm"
38 (no wind, rain, etc.) and once the sun came out and we started climbing I was in my sleeveless shirt for the remainder of the day. Gotta like that.

As we were running I realized that I have done this route once before with the Seattle Running Club. On that day we had hoped to run the Enchantments loop but got turned away because of a forest fire and had to find an alternative. This run was our Plan B on that day. Interestingly there was some smoke in the air today, luckily it was not bad at all. I have yet to make it over to the Enchantments, maybe next year.

There were still two small patches of snow up on the ridge in north facing hollows. I'm guessing they won't melt away this year.