A Vertical Kilometer never fails to impress, and the Broken Arrow Skyrace edition didn't disappoint. Per Skyrunning rules, these events gain 1,000 meters in no more than 5k, must be above 2,000 meters and the incline has to exceed 30%. #vertisreal 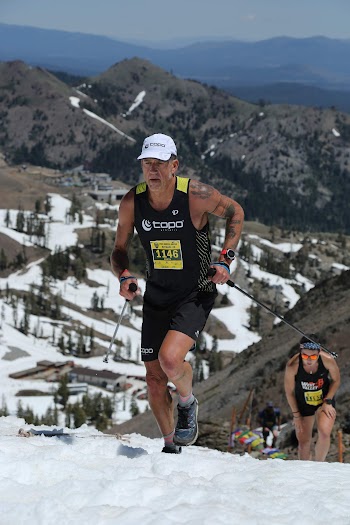 If you go to any high alpine ski area that has a peak above treeline and find the most direct route from the base to the top, you get the idea. Most of the time you are not on a trail.

I have only ever run one other VK, that was at the Lone Peak Vertical Kilometer which was part of The Rut back in 2015. Looking back on that run report I packed a camera and took pictures! Hahaha...

These events take me roughly one hour to complete so I didn't need to carry anything with me. We were allowed one drop bag for the top which is always nice as you might be freezing once you finish and you always want a drink and snack.

The start time was 11:00 AM which was great! I could have a real breakfast without getting up at some insane hour and let it digest. What a treat as I usually never eat prior to a morning start.

Here I am leaving our room about 45 minutes prior to the start. 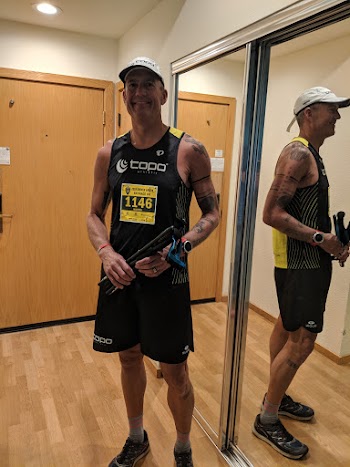 I have never taken so little with me to a trail race! Those poles weigh less than a full handheld bottle.

You know what's crucial prior to a short race like this? Warming up. You know what I hate to do? Warming up. I know, such is my life. But I forced myself. I jogged up a dirt road from the base of the ski area and threw in a few accelerations and a few stretches of walking to recover. I knew it was going to suck but I also knew I would feel better when I was done. I was right on all counts. And I was glad I warmed up.

The start of these events is always spectacular. The gun goes off and a herd of people charge up the mountain. It's pretty funny looking. 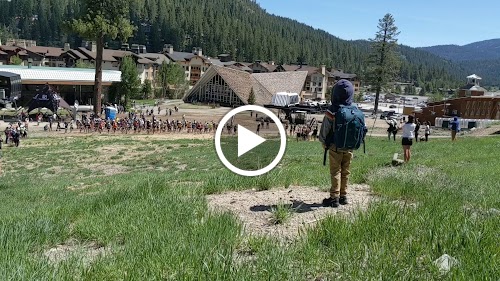 We ran up a ski slope, up some cat tracks, there was actually a small descent halfway up, and then we hit the snow. The snow slopes were so steep that the organizers had fixed some ropes with knots so we could pull ourselves up. Turns out the snow was just soft enough for me to kick my own (tiny) steps and so I just used my trekking poles and never grabbed the rope. I was able to pass a few folks on this section.

The last part of the climb is on rock/shale. It's not loose but it is steep and just before you get to the summit there is a fixed ladder with a handrail that you need to climb. I was pretty winded by this point and so needed to grab the handrail just for safety.

Once you step off the ladder there were about 20 steps that had been dug in the snow and then a 50' sprint to the line.

Here I am coming off the ladder putting my pole back on. 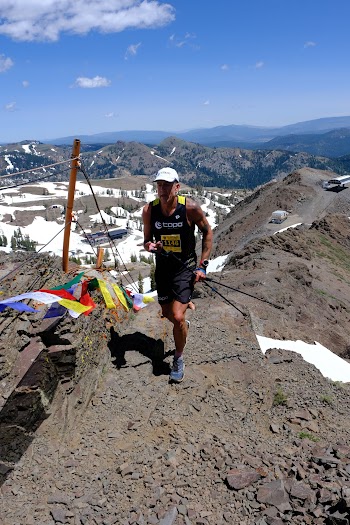 Once you finish you get to hang around and cheer on other racers, that was cool! Luckily the weather was cooperating and I was not freezing. This was especially nice as our drop bags were not actually at the finish, they were over a hill and down by a saddle which was about .5 miles away. Okay today but that would sure suck if the weather wasn't perfect...

I wasn't at this race alone, Aaron Ostrovsky, Andrea Ostrovsky, Holly Davis, and Seth Davis were here too. After collecting Aaron and Andrea we headed down to the drop bags. 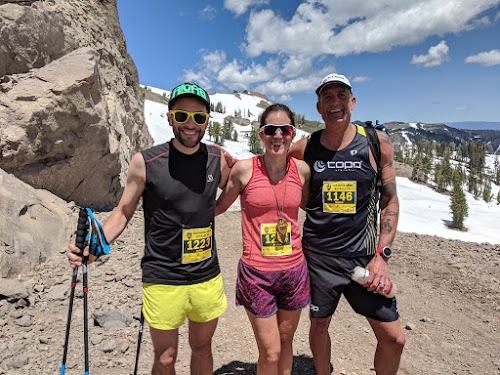 Then we were on snow. 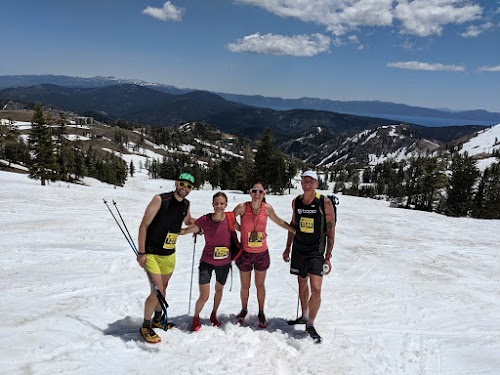 The path to the gondola took us across one ski slope and then down another. WHAT FUN! Just before we ran down we bumped into Michael "of course I'm running all three races this weekend" Wardian. He was so psyched about being on a ski slope with skiers that he asked me to take his picture with some of them. You can see him here on the left in the beginning of the video. 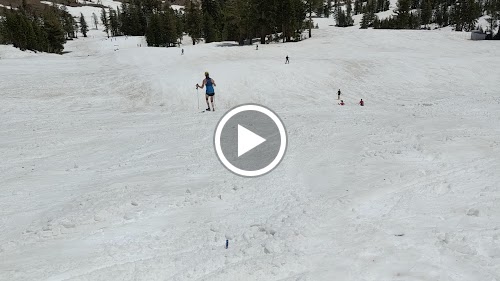 At the top of the gondola it was gorgeous! So warm and sunny. We hung out for a bit and I just soaked in the scene. And made a mental note that Squaw is an amazing ski area and we need to come back in the winter. 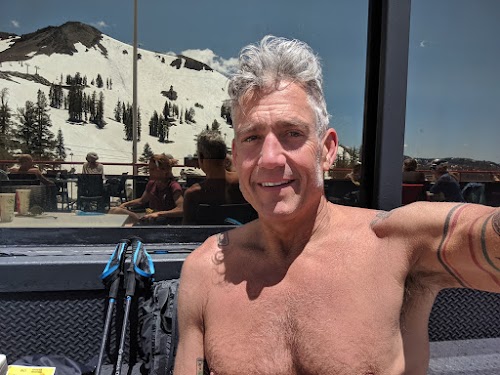 Eventually I reluctantly got on the gondola. 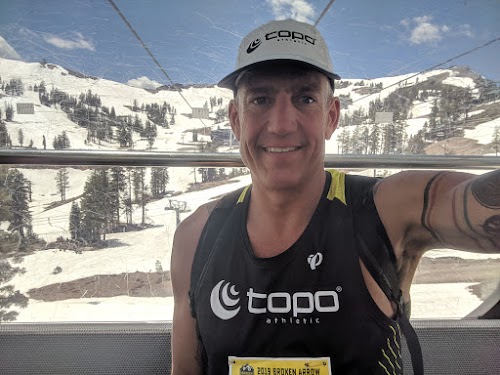 I recommend this event! The scenery is spectacular, the venue is awesome, the organizers do a super job and there is lots to do in Squaw. Plus, you know ski villages have great bars and beer...

What did I learn?
Here are all my pictures and videos.