Yesssss! The second attempt was the ticket.

I tried this run back in 2015 and because I was recovering from an injury only made it halfway. This year my schedule looked good so I revived the Seattle Stairway Foot Tour and my friend Bryan Estes and I ran all of it. 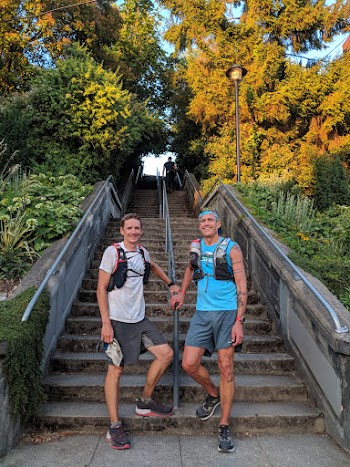 This route was originally curated by Michael Yadrick who likes stairs perhaps even more than I do. Thank you Michael! I LOVE urban exploration and discovering cool alleys, stairs or greenspaces is still super fun and always makes me feel like a kid. Since this is not an official event by any means, I decided that I would bring it back this year and invite anyone who wanted to join me.

Some "rules" (really just one)

There is zero official support (although Michael managed to engineer two aid stations in 2015) but since it's an urban run there are ample opportunities to buy whatever you need. I was a little short of liquids a couple of times but it was never a crisis. I was never short of food.
Long runs go better with planning and one thing I like to plan is my nutrition. 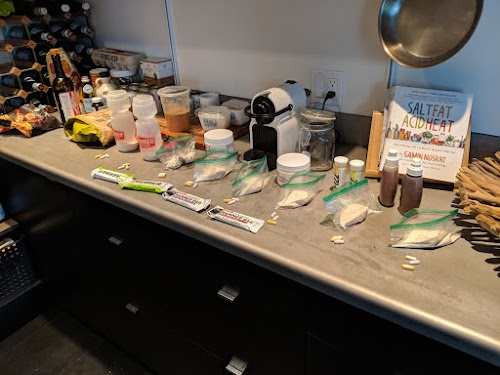 Turns out I carried a bit much and ate more from stores than I anticipated but that was okay as when my pace is mellow, I can tolerate pretty much anything. That said, having my "race bottle" with me at all times really helped.

Six of us met at the start. This picture only shows five and that's because Eric Bone showed up literally as we started running. 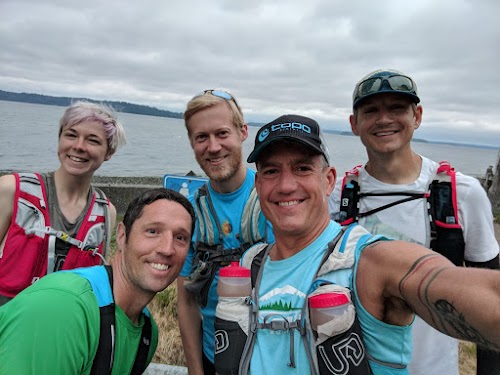 Having Eric along was a godsend! This guy is a world-class orienteering racer and he showed up with no technology, just a printed map in a plastic page protector. And he had this course DIALED. Man is he good. In retrospect, all of us could have (and perhaps should have) just turned our phones off and enjoyed the ride. Oh, Eric wasn't just carrying a map, he also had ONE WATER BOTTLE. Until he needed some electrolytes, then he purchased a Gatorade. Why do I wear a fancy, expensive running vest again...? 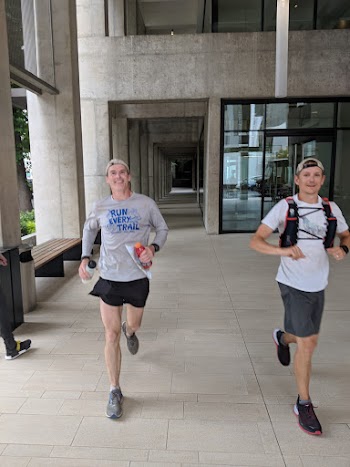 Yes, I tried to take a picture of every single flight of stairs that we climbed and descended, And I almost succeeded, I think I only missed a couple. I will not display them all here (but I will include a link to all my pictures and video at the bottom of this post) but here are some (too many?) highlights from our run.

If 6:00 AM is a good time to hit the gym or run or ride your bike, why not play beach volleyball? 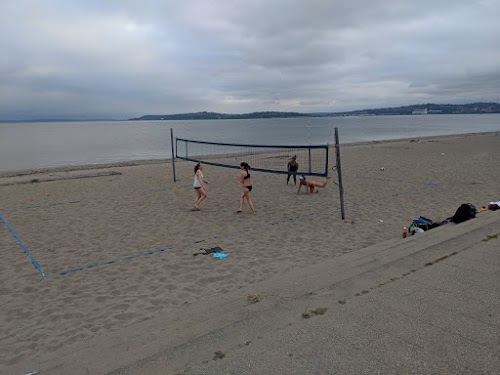 The Duwamish Head Greenspace, so cool. 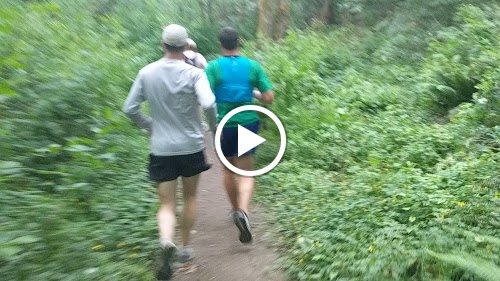 The Tug Inn, I'll need to drop by here again when I have more time and drink a beer. probably a Pabst Blue Ribbon... 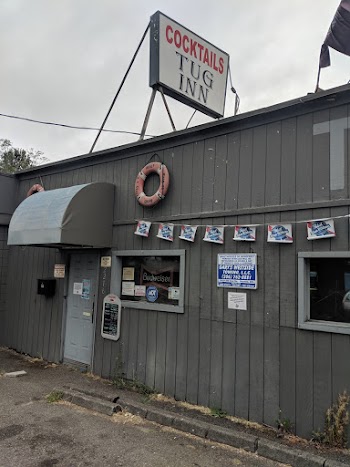 No Mr. Convenience Store guy, I am not stealing soda. 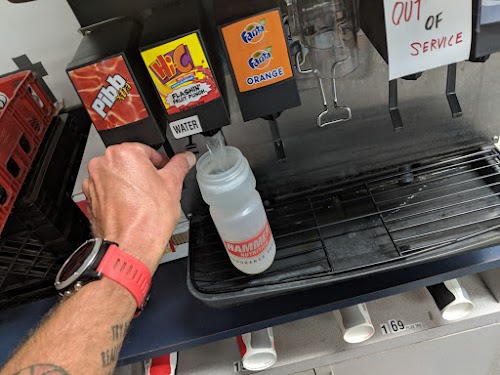 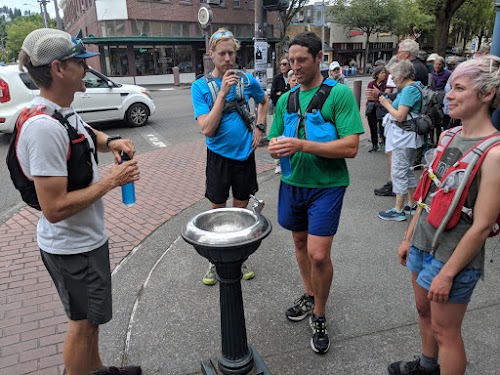 Going down stairs is fun, and finding the contents of a stolen purse makes it feel like an adventure! 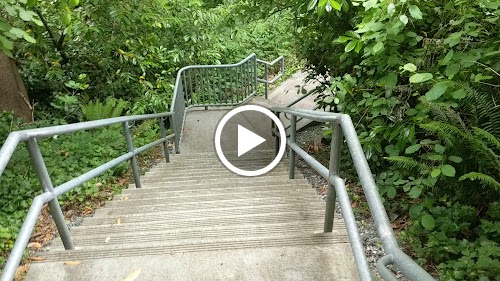 These little libraries were everywhere. 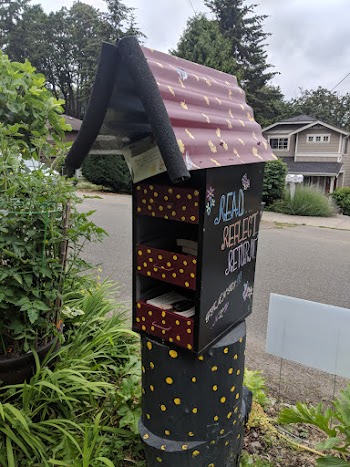 Sometimes "stairs" are not all steps. 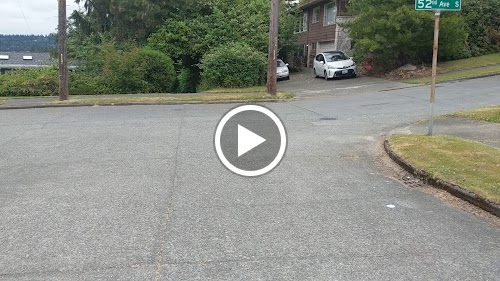 I love that FANON Barbershop & Salon sees the value in promoting the comb-over. 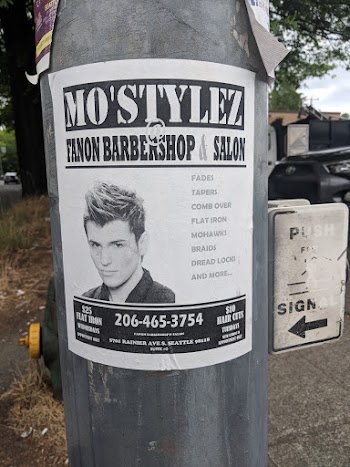 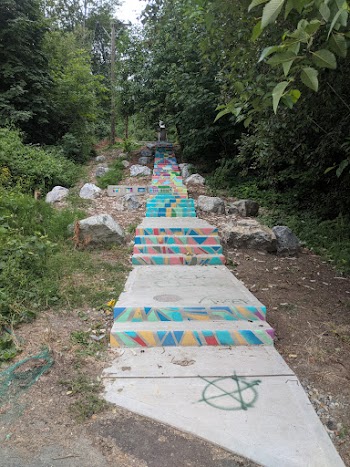 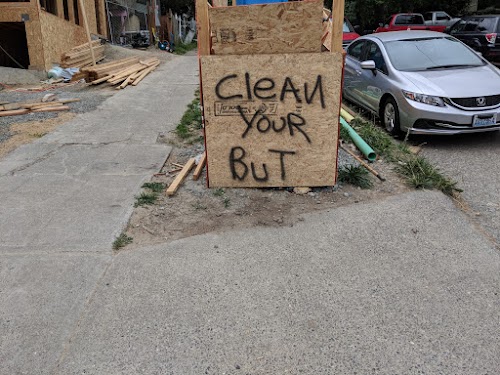 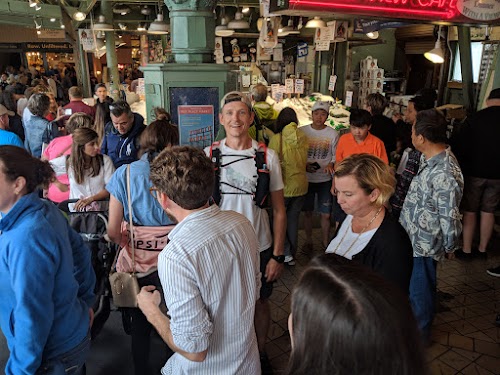 One of our climbs, the hardest in retrospect, was not a staircase at all, it was a crazy dirt trail up a cliff and through a homeless camp, I mean the St. Mark's Greenbelt... 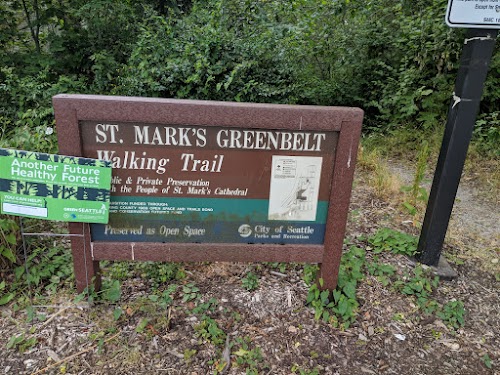 Giving my feet a break. 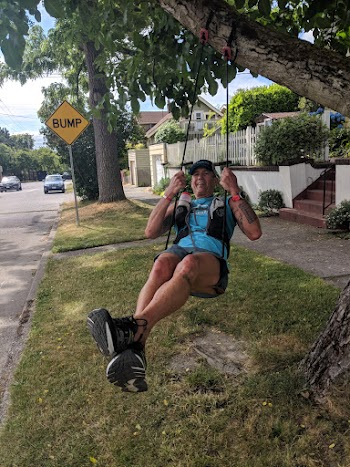 It's tough to adequately/accurately describe the two sets of stairs that connect Magnolia Blvd W and Perkins Ln W. They were perhaps the sketchiest, steepest and close to the longest flights that we descended and climbed all day. 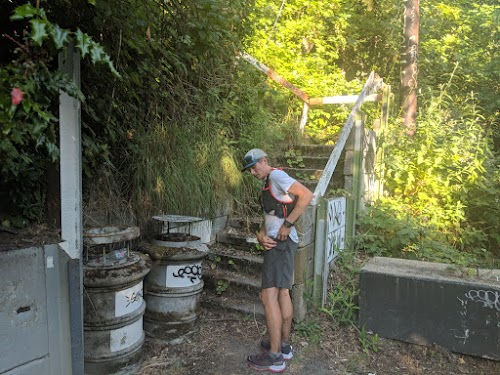 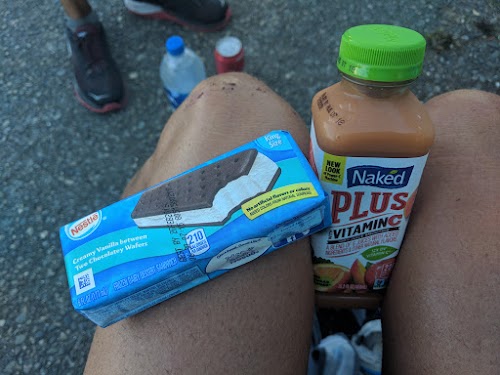 This was one of those shots we just had to capture, on three phones. 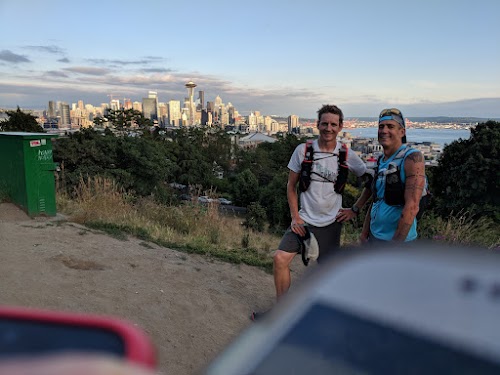 Although we lost four people throughout the day we were joined by Julie Cassata when we hit Dravus St with a little less than 10 miles to go. That was awesome! Thank you for showing up Julie. 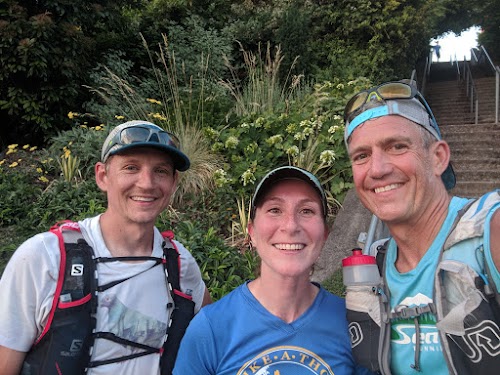 Here I am after changing into a dry shirt wondering how I am going to get home... 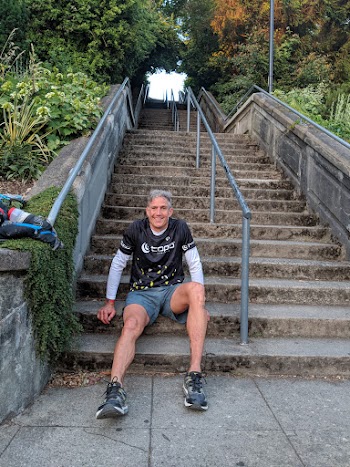 Man, that was fun! And it wasn't even truly Type 2 Fun. I was perhaps a little tired and under-trained going into this but the weather turned out fantastic (in hindsight I'm glad it didn't get as hot as I wished it had), the company was stellar, and my nutrition (thanks Hammer Nutrition!) and shoes (thanks Topo Athletic!) were the bomb. I had a really good time.