Boy, there are 50k courses and there are 50k courses. I thought the Yakima Skyline Rim 50k was burly - and it is - but the Needles 50k is next level. Huge thanks to Rich White for organizing this event. Clearing such remote trails takes work! I'm psyched to have run the 3rd edition of this race. 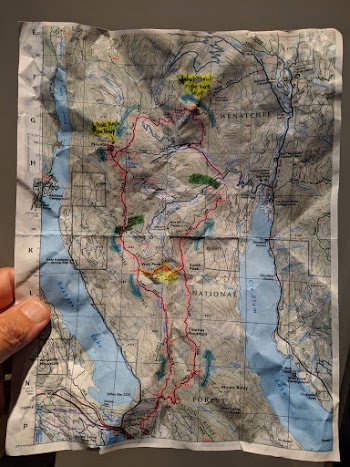 It isn't just the amount of climbing, these are real trails! The first third of this course is all narrow, rocky, rooty, twisty, turny singletrack. You even have to climb over a fallen tree that is 5' in diameter, it's awesome!

This is a "Fat Ass" style event in that you get minimal support. There were just two aid stations, in the race description we were told they would only have water but in true trail running community style, when I got there, there was some food. :) We did not have race numbers and timing was handled by the promotors wristwatch.

The event web page said we had the option of starting at 7:00 AM or 8:00 AM but when I checked in I learned that some people had started at six, five and FOUR. Holy cow. When people choose to start four hours prior to the official start it tells you a little bit about what kind of effort is involved and how much people respect this route.

The first half of this course is quite remote. You are on trails that get less traffic than most, which just adds to the adventure. There is a bit of a dirt road descent to the first aid station, some dirt road climbing and then you are right back on singletrack for the remainder.

The second half is more or less the last 15 miles of the Cascade Crest 100 mile course. It includes the Cardiac Needles (a series of abrupt climbs that look like an EKG - hence the name of the event), the climb up to the Thorp Mountain fire lookout, and a long descent back to the start/finish which is a blast if you have not blown up your legs by this point.

With so little aid and no race numbers, you might be curious how the promoter could verify that you had actually run the entire course? Well, first there are very few shortcuts available and second, he had strung two hole punches on the course and you were supposed to punch your map at the appropriate spots. Done and done. 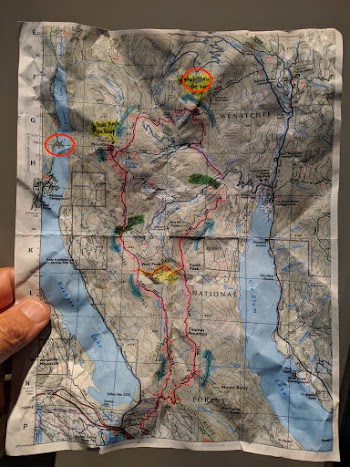 Even though there was not much aid on course, there was a GREAT finish line spread. Complete with the requisite beer. 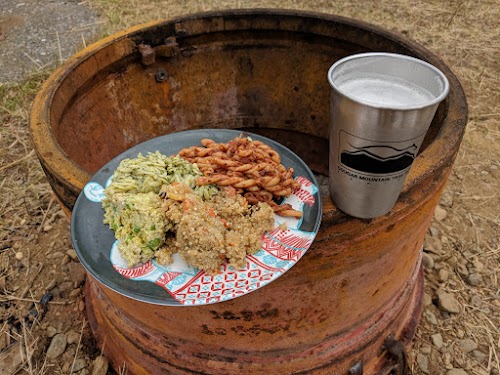 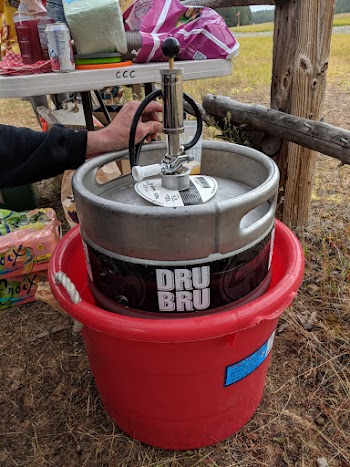 Here I am after availing myself of said spread. 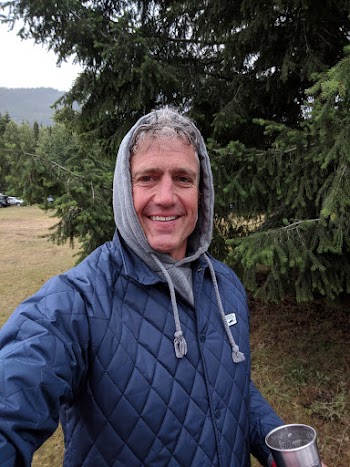 Thanks to Arthur Martineau for getting the only picture of me running. 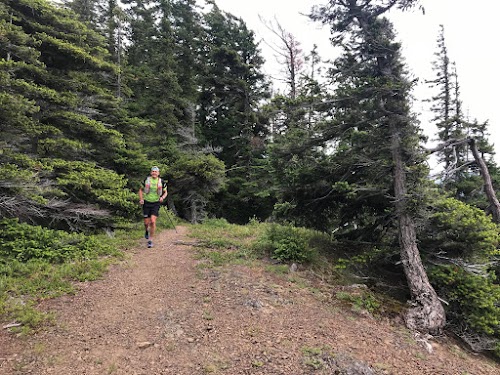 There was a fair bit of snow on the ground in the second half too, that slowed everyone down a little. I was thankful for my trekking poles on some of the snowy sidehills.

The weather forecast was for clearing throughout the day with highs in the mid-60s. Not. It was super comfy at the start and I almost started in a singlet... Halfway in the clouds descended and it was socked in plus it started to sprinkle. It was a little clearer and warmer at the finish but you had to keep moving to stay warm from Thorp Mountain to the bottom of the descent.

With about 10 miles to go, I noticed my right hand was suddenly really sticky. I looked down and it was covered in blood! Turns out I had nicked one of my knuckles and it was bleeding a freakish amount. Perhaps it was a sharp branch or the time I slipped in the corn snow, I don't even recall when this happened. I stopped twice to rinse it off in streams but it didn't really stop gushing until I was two miles from the finish.