catching up with Martin (the start of comeback 4.0)

It's been a while... turns out not being healthy and motivated to exercise affects my desire to blog. I know, right? At least that is changing. So here is what Martin has been up to.

ASIDE - I should get frequent flyer miles at Swedish Hospital. 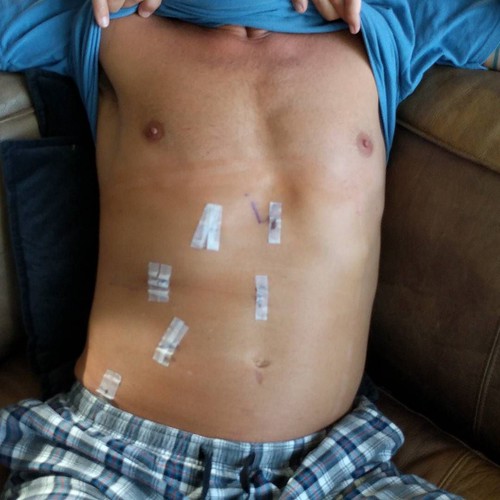 But hey, the tumor was benign! And Tuesday May 17 I started commuting to work on my bike again and Thursday May 19 I went for my first treadmill jog and Saturday May 21 I went for my first outdoor run after this most recent surgery so things are looking up! Plus, today. Boom.
Where to start? Perhaps with my self esteem. :) These days I identify as an "ultra runner". For sure there are times when I run more or less but since I decided to focus on this activity after I stopped racing bicycles I have done the following.
Obviously when I participate in an activity I like to immerse myself...

Turns out that all my talk about "just having fun" and "I just like being active" wasn't being 100% honest. When I decide to focus on something I really (REALLY) want to be able to do it. And when I can't I get bummed. And when I say bummed I of course mean I turn into a whinny baby that unfairly wears on Shelley and makes all my friends think I'm trolling for sympathy. Which I kinda was?

ASIDE - I find it fascinating how someone's (self-proclaimed) identity can be so closely tied to something (dumb?) like a specific or narrowly defined activity. For some it's a physical activity, for others it might be writing or cooking or whatever. Humans are complicated. And we get upset about trivial shit.

On the upside I am feeling better. Not just physically (finally!) but also mentally. During all of these surgeries and recoveries I was also dealing with intermittent hip pain. At first I thought it was due to the hernias but when it returned after each repair I had more scans and tests which is how the mass on my kidney was discovered. "Oh by the way, you this spot on your kidney here... and the only treatment is surgery." I think I did find out what's up with my hip, I might - my last MRI was unfortunately not definitive - have a torn labrum on the left side. But that's another story.

Which is a nice segue to my other update - my ability to run (not to mention ultras) and race when I'm not recovering from surgery.

When I finally (hopefully) figured out what this pain is being caused by the advice of my care providers was to stop running. Stat. Talk about going cold turkey, it sucked.

As we all know, some people stop and others "stop". This time I didn't fake it and took a total vacation from running that lasted six weeks. After six weeks I was pain-free so saw my hip doctor (who's name is Dr. Downer!). Here is what he said.
What...?! After more than a year of pain I'm supposed to run? I'd be lying if I said I had not been steeling myself for the worst news. To hear this was actually a shock.

So we did slowly re-introduce running. What does "slowly" mean? It means never running more than four times per week. It means running on a treadmill. It means the first week I ran ONE mile. The second week I ran two miles. The third week I ran three miles. You get the idea. Since flat running was always the most painful thing for my hip, I became intimate with the incline setting on my treadmill. Turns out going uphill didn't hurt me at all even when this was flaring up so that's all I did, run uphill.

And it worked. I slowly increased my almost daily treadmill run to six miles and then I gingerly went outside for a jog. Talk about trepidation! Never before in my life have I been scared to run. I just kept thinking, what if this starts to hurt again? Will that mean I'm done with running for good? Yikes. Luckily it did not hurt. And to date I'm still pain free. FINGERS CROSSED.

Did I mention that cycling dos not hurt my hip at all...? And it just so happens I have a room full of bikes, how convenient. 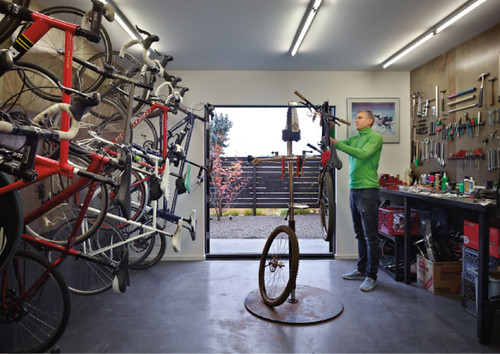 Ever since I started focusing on running I have still gone on several fun rides and commute to work by bike whenever the weather is conducive. So when I couldn't run at all I decided to ramp up the riding. And guess what? It was fun. And in just a few short weeks I was back to doing long rides on the weekends. And Seattle was in the midst of heat wave. Sometimes the stars do align.

Did I mention the tumor was small? And that it was on the edge of my kidney? Hence my doctor could perform this surgery laparoscopically and there was no need to slice me open and I still have most of my right kidney. So much to be thankful for.

This process has been super educational and beneficial for me. It has made me realize that for all my moaning and groaning I have it freaking easy! It isn't like I lost a leg or broke my back or got blinded, if something like that were ever to happen to me I hope I could muster exponentially more positive attitude than I did this time. And once again it made me realize that people care. First and foremost Shelley has been a rock. For sure a rock that would have been justified in rolling its eyes more than it did so hooray for Shelley. And the friends that I did keep in the loop about all this crap were also very upbeat and encouraging. I have awesome friends! It also brought my family a little closer together, my sister and my father were and are extremely sympathetic, caring and supportive.

It is WAY too early to say whether or not I'll run another ultra but that is my goal. IT'S MY STATED GOAL! :) And so far (six more outdoor miles yesterday!) so good. And here's to having the support of your loved ones and the luxury of sufficient leisure time to try.

For a change, I'm looking forward to my run tomorrow. Progress.