I am a winner!

It also makes you (read: me) feel special.

Don't let anyone tell you otherwise. Plus, said person will invariably not be a winner (loser?) and so what do they know.

A few days ago I won something for the first time in ages and it was awesome. 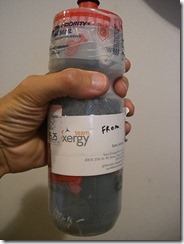 So I know this guy, Sam Johnson.

Sam races his bicycle. He's good enough that he got to ride for the elite amateur team Hagens Berman. Then he got called up to ride for the professional cycling Team Exergy. He was also, probably as a result,  written up in the Seattle PI Velocity blog. And of course he likes to blog.

Not all bloggers are good reading but Sam's style (including stories from Krogg's perspective) appealed to me so I started following his posts. After a while he began having giveaways. I would enter each time but luck was not with me. Still, it was pretty exciting to enter his latest giveaway contest for A FRIGGIN' EXERGY JERSEY!

And guess what? I won! Nice.

Yesterday my prize showed up in the mail. I was expecting a small box or similar but I guess when you are a pro you wear your cycling clothes a little tighter than the average guy and so your jersey fits into a water bottle… After peeling off the tape and address labels I noticed that the bottle was an Exergy team bottle. Bonus. 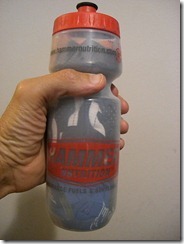 When I opened the bottle it was like one of those Jack in the Box toys and stuff was spilling out all over the place. 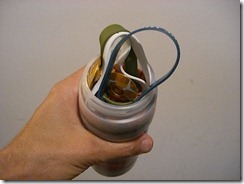 I now have enough Ride The Wind rubber bracelets to outfit my entire family. Twice. And two super cool anodized aluminum top caps to install on my bikes. Throw in the innovative shipping container that Sam used and I would have been totally satisfied but no, there was more.

I hadn't even gotten to the jersey yet…! How small was this thing? I could not wait to find out. 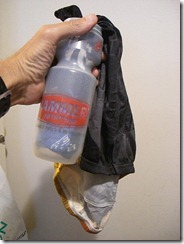 And finally there it was; a real honest-to-goodness pro team jersey. My first by the way. 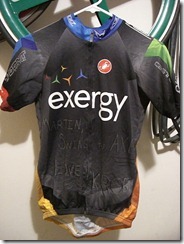 In case you can't read the text (I asked to have it signed) it says, "Martin, swing the axe. Love Krogg."

I will Krogg. It might be a very moderately-sized hatchet compared to yours but and I will think if you each time.