In the morning we spent a lot of time riding through orchards. It was pretty easy going except for the parts where the earth was soft and had been turned up from the farm machinery and our tires sunk in. Kind of like riding in sand only not quite as bad. Thankfully these sections did not last long.

What did last long was the following section through wide open plains. Aside from the grass there was almost zero vegetation! 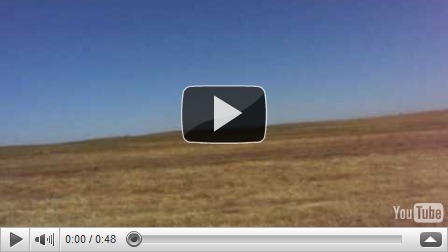 Note the trail – at times we were riding along a path that was not visible from 10' away. We would come up to an intersection, see the main path go right and invariably we would turn left.

The next section was along this highway-to-be which on this day consisted of a huge, wide road covered in white gravel. It was fast riding but also a little boring. You could see the road waaaay up ahead so you knew exactly what was coming up. Not so exciting.

What is more exciting is the Portuguese fascination with bovine-themed cycling clothing. On this tour we had two different clubs show up both with jerseys designed to look like cows. Today we were on the road with one. 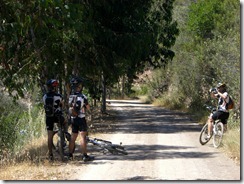 Cycling clubs are cool. And members of both of these clubs were super nice.

Towards the end of the stage we stopped at a cafe across the street from a German hippie camp. Seriously. Why German hippies decided to settle in this specific spot and why in Portugal I have no idea. As we were buying Cokes a woman with three children emerged from the camp's driveway speaking German and went into the cafe to get something. What exactly does it mean to be a hippie in 2010? I'm not sure but from our vantage point it appears they like onions. 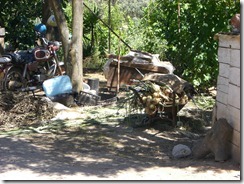 The last part of the ride today was brutal. It was up and down these insanely steep sections of dirt road that are probably only travelled by logging industry bulldozers as they are too steep for regular vehicles. It was through another eucalyptus forest and after the last, steepest descent we finally emerged on a massive dyke (dam?) that spanned a body of water. We rode across this to the hotel. 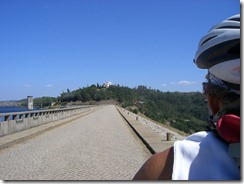 ASIDE – prior to this tour (specifically this day) I kept telling Shelley that our brakes were actually too strong. Never again.