This was a fun/novel/cold day!

I joined Shelley and her friend KyLynn Kosoff Hull (and KyLynn's son Elias) and we all walked the St Patrick's Day Dash. This is another of those annual runs that is 5% insanely fast people and 95% very recreational people. To wit, they had four waves this year, only two of them were timed and one was dedicated to walkers.

What was it like? GREEN, that's what. It was also pretty cool to see Aurora Ave closed in both directions and filled with people. Elias? He did really well considering he's five years old and it was wet out! I carried him perhaps one mile and KyLynn carried him perhaps another half mile and he walked the rest. At one point we found a beach ball on the road so kicking that down the street got us at least a half mile. :) 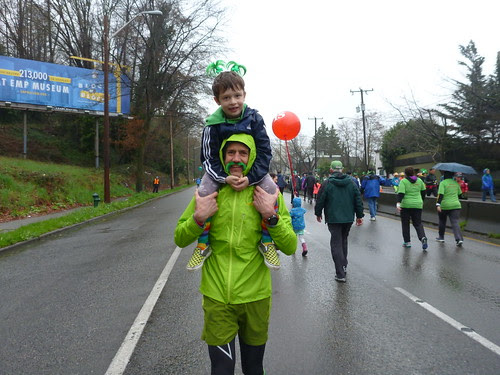 Shelley gets all the mustache credit. 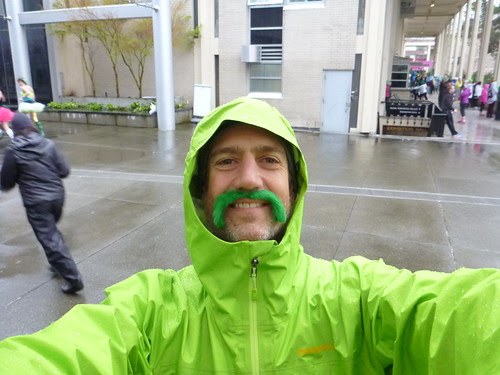 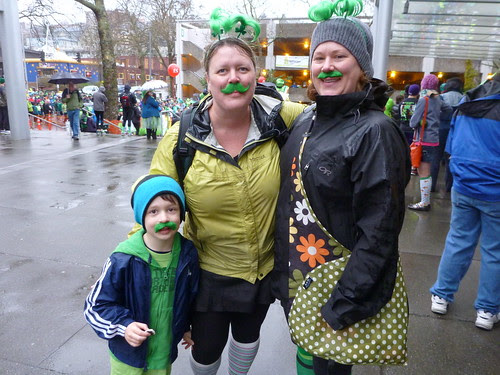 In spite of drizzly, cool conditions people were out in force!

At the finish we were looking for a place to eat and everything was closed. Then we found T. S. McHugh's. This place had obviously cornered the post-dash market and it was packed. Not only were people eating and drinking but they were taking shots! I had some quiche (filling) and two glasses of Guinness (more filling).

Then we took the bus home (freezing).

Email ThisBlogThis!Share to TwitterShare to FacebookShare to Pinterest
Labels: walk