I had a big run planned today! Bryan Estes and I were going to do the Cottage Cheese Ass loop on Tiger Mountain and we were going to throw in Bryan's little variation out to Poo Poo Point. It adds about two miles or so which would make this my longest or second longest run this year. Heck, in the last 5.5 months!

Thank God it was not dumping rain at the start like last week so I was in much better spirits today. I was also eagerly expecting the snow and we were not disappointed. 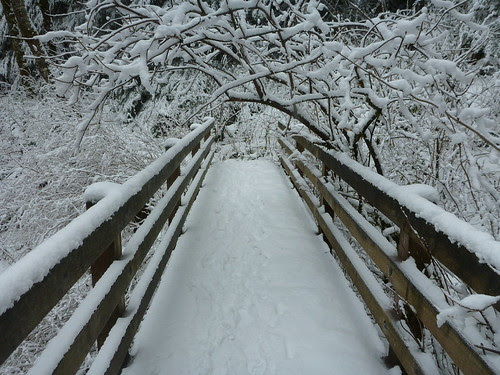 ASIDE - it was great to run with Bryan again, it's been about six months!

I'm glad I was psyched about the conditions because I was not having a good day. I suppose I need to (significantly!) taper my expectations as I have only been running again for just over one month but it's hard to do... I want to go faster but I can't. And I'm walking/hiking way more than I am used to. Can't rush the comeback, that's for sure. So I'll dispense with my bitching about my fitness or lack thereof and instead talk about the freaking great conditions we had.

Half way up we got snow on the ground, from there it was all gravy. The best part was descending from the summit. Bryan took off and it was all I could to do to get my camera out in time to film him.

The rest of the descent was almost as awesome with snow, not much mud and then really clean trails at the bottom when it finally did get wet again.

The detour to Poo Poo Point was a bit of a letdown for me. The first stretch is a steep single track descent but then you need to climb about 1.5 miles on dirt road. It was steep, I was tired and that's all I'll say. At the top it was pretty spectacular, all foggy but still super cool to be on the edge of a giant cliff that all the parapenters jump off of. 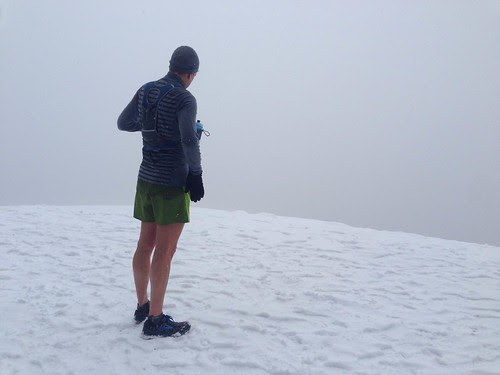 The last descent back to the car was not so tiring as going up but I still could not really let myself go. Bryan slowly pulled away from me. Hamming the quads is something you need to train - I learn this over and over again.

All in all, a great day. I really should be thankful that I can go out and run 20 miles again.