I have this friend Martin de Vrieze and he loves beer. Today we ran to three Prost German Pubs and drank at each one. I almost survived unscathed. 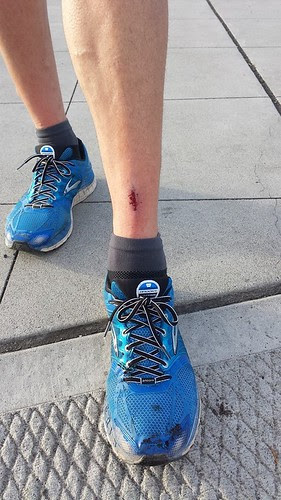 I got to the gym this morning and then walked from work to the start of this run.

We started at Feierabend by REI, ran up to Die Bierstube on Roosevelt and drank .5 l of beer. From there it was west to Prost Tavern on Phinney Ridge for another .5 l of beer. Finally we ran back to Feierabend for the final .5 l followed by some food.

Here are some things I learned/confirmed today.

All-in-all this was a good time but I need to be careful and maybe not involve alcohol with so many activities.