We were so hoping for nice weather on this day and we got it. big time. From the very beginning the mountain was clear on top and as we climbed the temperature pretty much stayed the same. It did cool off some as we ascended but it was always extremely comfortable and in fact the few degree drop in temperature was a  boon near the top when you are working hard. On the descent we started in arm warmers and jackets but took them off at the visitors center (7,000 ft) and never looked back. By the bottom it was HOT.

On account of the Tsunami aftershock threats we decided to park a few blocks up the hill rather than at the traditional parking lot across the street from Maui Cyclery. Once we got kitted up and rolling we took it nice and easy for a bit.

For some reason I was feeling much better today. I have been having trouble breathing and then I got a cold but today it pretty much all went away. I rode on the front and basically never left there.

At the bottom it's pretty humid and then as you climb it gets more and more arid as you leave the vegetation behind. Somewhere around 7000 ft I noticed that I was breathing much easier! And instead of it getting harder, I was able to take in deep, slow breaths all the way to the top. Strange.

As we climbed Aaron and I slowly detached ourselves from Greg and Dean. Jeff was somewhere in the middle. We regrouped at the toll booth/visitor center (7000 ft) but then as we started back up we formed those same groups pretty quickly. Around 8000 ft I slowly pulled away from Aaron, not sure if I sped up or if he slowed down but by that point you are just going your own pace and there is very little room for adjustment. As I passed 9000 ft I was alternating  between the 39x25 and the 23 still feeling super. 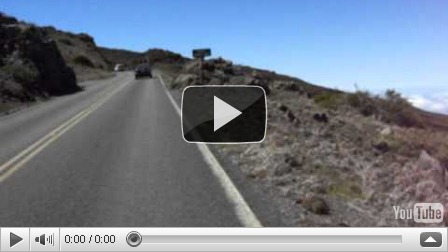 The last kicker from the restrooms to the lookout is always a bitch; SO hard. You are maxed, usually in your lowest gear and then the roads kicks up. A lot. Ouch. But summiting is such a great feeling! I stopped for a quick photo at the 10,000 ft sign and then proceeded directly to the top. 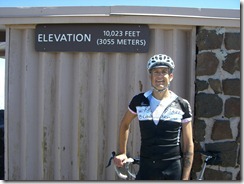 Then everyone showed up and we got the group shot. 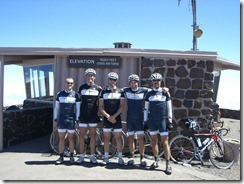 Then we headed down. Oh man... this descent is indescribable if you have never done it on a warm day and with dry roads. You never go that fast but the corners (banked) and the pavement (smooth as a baby's bottom) make it the best long descent that I know of. Bar none. Greg spent some time and put it to music, here is the last bit of the climb and the beginning of the descent. 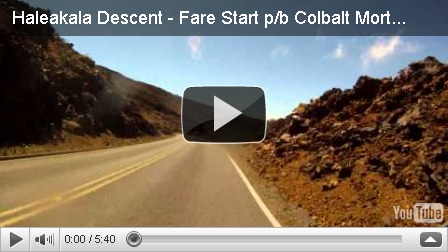 And here are the glorious switchbacks through the grassy hills close to the bottom. 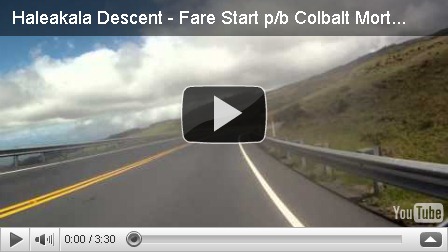 Once down it was smoothie time! It's always fun to feel the temperature climb as you get lower and lower and today it got hot. But I wouldn't have it any other way. :)